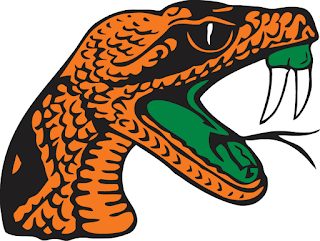 TALLAHASSEE, Florida  -- The Florida A&M baseball team, which is coming off its' first MEAC Baseball Championship since 1994, continues to work through its' fall practice schedule as the Rattlers are in the second week of practice that will conclude at the end of October.  FAMU will wrap up fall practice with five games against junior college opponents over the final two weeks of October, in Tallahassee.

"We broke the fall up into two segments," said head coach Jamey Shouppe. "The first segment will be a three week segement in which we go six days a week to get our 20 hours a week in. We do that to get our system in place and because it mirrors what we'll do when we come back in January to get ready for our 2016 season. When we come back, we'll have six weeks to prepare for our first game. We will play five games our last three weeks of our fall."

FAMU returns 21 players, including nine pitchers, from a 2015 team that was a part of a historic season that saw the Rattlers advance to the programs first-ever NCAA Regional as Florida A&M reached the Gainesville Regional.

"Been impressed with the talent that's there, Shouppe continued." "There's very good competition behind the plate between Brian Davis and Jacky Miles, Jr., a transfer from Chipola. We feel like offensively we're going to be better. At first base, we brought in a fifth year transfer from Jacksonville University in Dylan Dillard, who we think is going to be a good asset to us offensively. We've just been very pleased so far in how the fall has gone."

Of those 13 newcomers, five are additions to the pitching staff that only lost one senior from 2015. Last year's staff posted the first-ever sub-5.00 team ERA in program history.

"We've got a lot of new guys in the system and the guys returning have done a good job of helping them out and guiding them to the things that we do on a consistent basis," said pitching coach Bryan Henry. "The scrimmages have been great so far and has given me a chance to learn their stuff. It's also a chance to see what pitches they like to throw in certain situations and how hitters react to them. The best part about it is the competition we have going on between the pitching staff. It's a little deeper than it was last year with us only losing one senior and we brought in a few guys. It's no secret that there's some great competition for those innings and it will bring out the best in everybody. We've got some guys that can throw secondary pitches for strikes and anytime you can throw an off-speed pitch in a fast ball count, you're going to have success. We've got multiple guys who know how to pitch and when you combine that with the guys coming back from last year, and returning your whole weekend rotation, that's always a good thing. The depth is there we may not have had last year."

Under head coach Jamey Shouppe the Rattlers have won 29 regular season games against MEAC opponents (29-19), which is the most conference wins over any two-year period in program history.

The 2016 season will open on Friday, February 19 against Marshall for a three-game series at Moore-Kittles Field.

As always, fans can follow Rattler Baseball on Twitter @FAMUAthletics and the 2016 baseball schedule is now available on www.FAMUAthletics.com. 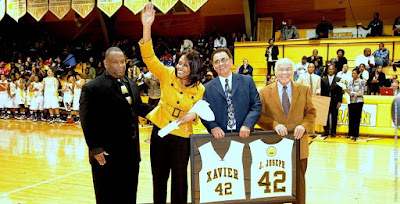 NEW ORLEANS — Janice Joseph-Richard, whose .824 winning percentage is the highest ever by a Xavier University of Louisiana basketball coach, was announced Wednesday as a 2016 inductee of the Louisiana Sports Hall of Fame.

Joseph-Richard (pronounced REE-shard), who died nearly five years ago, will be enshrined Saturday, June 25 in Natchitoches to culminate a three-day Louisiana Sports Hall of Fame Induction Celebration. A 35-member Louisiana Sports Writers Association committee selected the inductees.
Joseph-Richard coached the XU women for six seasons (1992-98), leading them to a 159-24 record, 91-11 in Gulf Coast Athletic Conference games. Her final five XU teams won GCAC regular-season and tournament championships, and the Gold Nuggets won their final 28 games (including tournaments) against GCAC opponents.
She is the only XU basketball coach to earn four consecutive first-round victories at the national tournament. Her Gold Nuggets won in the opening round of the NAIA Division I National Championship every year from 1995-98. Joseph-Richard was GCAC Coach of the Year four times, including each of her final three seasons.
Joseph-Richard also was a head coach at San Jose State for seven seasons (1999-2006) and her alma mater, Louisiana College, for three seasons (2007-10). Her 16-season record as a head coach was 307-163.
As a player at Louisiana College, Joseph-Richard was an American Women's Sports Federation two-time first-team NAIA All-American and was All-GCAC four times, the last three unanimously. She collected more than 2,300 points and 700 assists at LC and as a senior (1985-86) set the GCAC season record of 283 assists. She led the GCAC in scoring and assists each of her final two seasons. Her final season she also led the Lady Wildcats to third place in the NAIA Division I National Championship at Kansas City, Mo.

Joseph-Richard died Dec. 1, 2010, at age 46 after a lengthy battle with breast cancer.
Current Gold Nuggets head coach Bo Browder was an assistant on Joseph-Richard's final XU team. Current Gold Rush head coach Dannton Jackson was Joseph-Richard's assistant from 1993-97. Both Browder and Jackson are the winningest XU coaches in those programs' histories.
Joseph-Richard will be the third Louisiana Sports Hall of Fame inductee who attended XU or whose XU accomplishments factored significantly in the selection. Donald "Slick" Watts (basketball) was inducted in 2011, and Otis Washington (football) was inducted this year. (Watts' XU coach, Bob Hopkins, was inducted in 1978 primarily because of his playing career at Grambling and in the NBA.)
The other 2016 inductees will include Ben Sheets, Rick Jones and Dave Malarcher (baseball); Anthony Thomas. Jim Hightower and Arthur "Red" Swanson (football); and P.J. Brown (basketball). Three more inductees will be announced later this year. 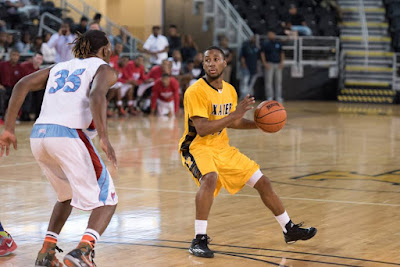 NEW ORLEANS — Seventeen home games, five matchups with NCAA Division II opponents and a pair of December tournaments are among the highlights of the 2015-16 Xavier University of Louisiana men's basketball schedule.
Dannton Jackson, back for his 13th season as head coach of the Gold Rush, announced the schedule Tuesday.

XULAgold.com
XAVIER UNIVERSITY OF LOUISIANA
twitter.com/xulagoldwww.facebook.com/xulagold
Posted by beepbeep™ at 9/30/2015 10:45:00 PM No comments:

Being at Bowman Gray a welcome sight on Rams' schedule

The long-awaited first home game for Winston-Salem State this season will take place at 1:30 p.m. against Chowan. After four straight road games, the Rams (1-3, 1-0 CIAA) will get to play in front of their home fans for the first time in 2015.

And to a team that is full of confidence coming off its first victory of the season, Bowman Gray Stadium never looked so good.

“We are very excited,” running back Bronson Greene said. “We know we attract a good following on the road with our fans, but to be in our own stadium will be great.”

What’s also great for the Rams is they have established an identity. In the previous five seasons the Rams were one of the top scoring teams in the CIAA, but not anymore. 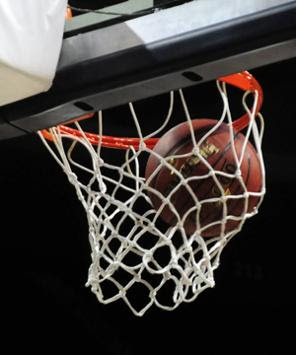 Highlighting the schedule are 14 regular-season home games in Tiger Arena.

Once again, Broadnax has put together a tough non-conference slate which includes road games at Oregon, Baylor, Utah and Missouri.

Broadnax is beginning his 11th season as head coach of the Tigers.

SSU starts the month of December at home with regional rival Georgia Southern (Dec. 2) as well as a game with Eastern Kentucky (Dec. 5). A road game at Utah (Dec. 16) closes out the 2015 portion of the schedule.

Mid-Eastern Athletic Conference (MEAC) competition starts on Jan. 5 with a trip to at Florida A&M in Tallahassee, Fla.

Savannah State returns home on Feb. 6 and 8 for games against Morgan State and Coppin State before returning to the road to play at South Carolina State (Feb. 13) and Howard (Feb. 20).

The Tigers will take a break from MEAC play to host Allen on Feb. 23.

South Carolina State will come to Tiger Arena on Feb. 27, followed by a road trip to North Carolina Central on Feb. 29.

Savannah State will close out the regular season with a home game against Florida A&M on March 3.

The MEAC tournament will take place March 7-12 in Norfolk, Va.

Savannah State, which is coming off of a 9-22 season, make their 2015-16 debut with home exhibition contests against local rival Armstrong State (Nov. 3) and Limestone (Nov. 10).

JACKSON, Mississippi -- Daniel Williams gave himself a “B” for his performance through four games this season.

If that’s the case, it’s difficult to imagine what the Jackson State receiver’s “A” game looks like.

Williams had a 1,000-yard campaign as a sophomore, but has taken his game to new heights with 30 catches for 517 yards and four touchdowns so far this season.

“His maturity level has been the most important thing, a big difference from last year,” Tigers wide receivers coach Derrick McCall said on Tuesday. “He’s always been a hard worker, and I think he’s putting everything into perspective as to what could possibly be at the next level (NFL). So he has taken it to a different level as far as film study and work ethic.” 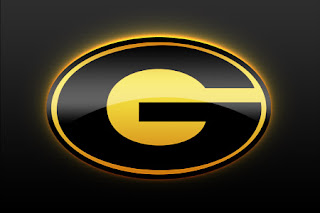 GRAMBLING, Louisiana  -- There aren’t many times when a football coach will deem a game “ugly” after putting up 70 points on the scoreboard.

Grambling coach Broderick Fobbs will when his team helped give up 54 points and almost 600 yards of total offense in a wild 70-54 win Saturday over Prairie View A&M at the State Fair Classic in Dallas.
“To me it’s an ugly win because I expected us to play better total as a team," he said. "It’s not just about the offense. It’s about the kicking game, making sure we punt the ball effectively, making sure we tackle effectively and then, defensively, making sure that we get off the field on third down.

Even though Grambling improved to 2-0 in Southwestern Athletic Conference play, the win wasn’t even close to Fobbs’ standards. Grambling almost allowed Prairie View to come back from four 20-plus point deficits before the offense, led by seven total touchdowns from quarterback Johnathan Williams and four from running back Martez Carter, sealed the victory.

HARTLY, Delaware  -- Alcorn State University and Tuskegee University remained in the top spots following the fourth full week of HBCU football action.  ASU solidified its position on top of the FCS rankings while, for the second straight week, TU’s Golden Tigers were unanimously picked #1 in DivisionII/NAIA HSRN Football Polls.In the Division I FCS poll, Alcorn State QB John Gibbs, Jr. threw two touchdowns passes as the Braves breezed by Concordia-Selma 40-7 on Saturday at Spinks-Casem Stadium.
North Carolina A&T and South Carolina State remained #2 and #3 as Bethune-Cookman and Tennessee completed the top five.
#7 Grambling State and #10 Norfolk State entered the poll for the first time this season
In Division II, Tuskegee ran its unbeaten streak to four with a convincing 41-14 road win over Lane College. For the second straight week, the Golden Tigers captured all the first place votes of HSRN pollsters.
Virginia Union took sole possession of second place in the reshuffled rankings. Bowie State climbed to third followed by Chowan and Virginia State. Fort Valley State returned to the top 10 while Fayetteville State, on the strength of is win over Virginia State, entered the poll for the first time this season.

About HSRN:
HSRN (Heritage Sports Radio Network) is the national leader in live radio broadcasts of mid-major athletics. HSRN combines innovative programming and production with a vast broadcast network. The SiriusXM platform avails partners of HSRN exposure on the world's largest radio broadcaster as measured by revenue and exposure to 28.3 million subscribers. In addition to SiriusXM, HSRN is available on terrestrial radio affiliates, smartphones and other connected devices as well as online at HSRN.com.
Eric Moore. Heritage Sports Radio Network, LLC
Posted by beepbeep™ at 9/28/2015 09:48:00 PM No comments: