After convincing win, WSSU feeling good ahead of trip to Lincoln 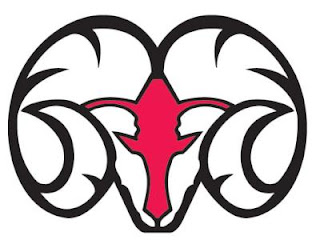 WINSTON-SALEM, North Carolina -- Momentum and a favorable schedule have Winston-Salem State players in a good mood these days.

Fresh off a convincing 35-14 win over Virginia State, the Rams will hit the road with a historic game at Lincoln (Pa.) on Saturday. The two teams haven’t played football against each other since 1948 when a young coach by the name of Big House Gaines lost 21-0 to the Lions.

Gaines, who coached the WSSU football team as well as the basketball team during those heady days of the 1940s, went 8-1 that season for the Rams with their only loss to Lincoln.

Lincoln (Pa.) is one of the original schools in the CIAA that was formed in 1912, but it dropped out of the conference in 1980. When the school resurrected football after a 47-year absence, it rejoined the league in 2010.

“It’s odd that we haven’t played them yet since we got back into the CIAA,” said coach Kienus Boulware of the Rams.

MONTGOMERY, Alabama -- It has been a long journey to being the starting quarterback at Alabama State for senior Quinterris Toppings.

Toppings, an Eight Mile, Alabama native from Mobile County, had been serving mostly in reserve roles during his first three seasons in an Alabama State uniform.

Toppings didn’t start Alabama State’s season opener at UTSA, but had a career night in his third consecutive start for the Hornets in its home opener last Saturday.

Unfortunately, his career-high 323 passing yards came in a difficult 31-27 loss to Texas Southern which sent the Hornets (0-4, 0-3 SWAC) to their worst start in 17 years.

“The game plan was simple,” Toppings said. “Run the ball. Throw the ball. Move the ball up and down the field. I think we did it well. There were some things I could have done better as a quarterback.”
\
CONTINUE READING
Posted by beepbeep™ at 9/27/2016 11:23:00 PM No comments: 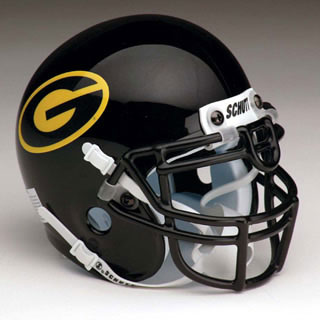 GRAMBLING, Louisiana -- Grambling's place as one of the top teams in the Southwestern Athletic Conference was cemented with last Saturday's convincing victory over two-time defending SWAC champions Alcorn State.

What was more impressive, though, was the win marked Grambling's 11th consecutive league victory dating back almost two years ago. It's only two games into the SWAC schedule, but the Tigers have no intention of ending the streak.

"We feel like we shouldn't lose any game in the SWAC and that these guys want to continue this streak and we want to leave a legacy behind at Grambling," said Eric Rhodes, who is the defensive quality control coach at Grambling.

"This is something you want to remember not losing a game or having this winning streak in conference games and also coming out with a ring. We want to end up in Atlanta. It's one game at a time, each SWAC game at a time."

No, not the Marching 101 practicing their sound, but rather the collective exhale from Bulldogs head football coach Buddy Pough and everyone involved in the football program.

After three straight weeks of road losses to Football Bowl Subdivision teams, the Bulldogs captured that elusive first win of the 2016 season with a 48-14 win to open Mid-Eastern Athletic Conference play in Tallahassee, Fla. on Saturday.

That satisfaction is coupled with the fact that S.C. State is now on its bye week on the season schedule, leaving the Bulldogs 14 days between their last game and their next game. On Saturday, Oct. 8, S.C. State will finally get the chance to play a home game, with a 1:30 p.m. start against Bethune-Cookman on Willie E. Jeffries Field inside Oliver C. Dawson Stadium.

That quest begins Thursday night when the 22nd-ranked Aggies host a Hampton team that opened its conference slate with a big victory over one of its rivals.

North Carolina A&T (2-1) earned a share of the MEAC championship in 2014 for the school's first title in 11 years, and the Aggies again won the MEAC last season to give them back-to-back conference championships for the first time since 1991 and '92.

They finished the 2015 season with a 41-34 victory over Alcorn State in the inaugural Celebration Bowl and opened this year by rolling to a 62-0 win over Division II program St. Augustine's on Sept. 3. Next up for the Aggies was a visit to Kent State on Sept. 10, and they pulled out a wild 39-36 upset in four overtimes to record the program's first-ever win over an FBS team.

In Division II/NAIA, Tuskegee was a near unanimous choice for the top spot, capturing 11 of 12 first place votes of the HSRN pollsters.

Virginia Union moved into second place after Virginia State’s 35-14 loss to Winston-Salem State.  Bowie State moved up to third place followed by Miles, who defeated Morehouse on the road.  The WSSU Rams, led by a backup quarterback, picked up their second win of the season and leaped into 5th position.
Benedict improved to 3-1 and entered the top 10 after knocking off Fort Valley State, 28-14.
Posted by beepbeep™ at 9/26/2016 10:12:00 PM No comments: