For more than a quarter of a century, University of Maryland Eastern Shore was recognized as a football powerhouse among Historically Black Colleges and Universities. From 1946 to 1970, UMES had a combined win-loss record of 142 wins, 36 losses and 7 ties or an astounding 76.8 winning percentage. In addition, UMES produced six (6) undefeated seasons during the period from 1947 to 1960. Then, UMES was known as Maryland State College from 1948 to 1970, and the name became the University of Maryland Eastern Shore, thereafter.

No one person was more instrumental in UMES’s success than Vernon “Skip” McCain. The history of UMES’s football program is inextricably linked to Coach McCain’s tenure. During his tenure Coach McCain had a phenomenal success record of 101 wins, 16 losses and 5 ties (1948-63). Those who knew him say Coach McCain was the embodiment of the teacher-coach. From 1948 to 1953, he was the most successful coach in the country. Coach McCain, himself a student of the game, did not miss many coaching clinics during his tenure.

In 1950, he was selected “Coach of the Year” by the Pigskin Club of Washington. Coach McCain’s dedication to understanding the deeper qualities and disciplines of the game laid the foundation for what many have called the “Golden Years of Hawk Athletics.” In addition to being head football coach, Coach McCain was also the head basketball coach and athletic director, thus, giving him almost total control over the UMES athletic budget and pool of athletic talent.

Vernon “Skip” McCain was inducted into the Hawk Hall of Fame in 1973. If only the ESPN television cameras and the national media had found their way to the eastern shore of Maryland and the tiny village of Princess Anne! What a story they would have uncovered!!! The entire nation would have discovered a football powerhouse that broke both racial barriers and the competitive spirit of the teams they played. Everyone would have known the name, Skip McCain. It is a shame that only a few do.

America would have recognized that this humble, 5-foot-5 man, who never cussed or missed church, who also had a higher winning percentage (83.7%) for a 16-year period than some of his most famous coaching contemporaries recorded during the same era -- men such as Woody Hayes of Ohio State University (74.3%), Bear Bryant at the University of Alabama (72.7%), and Eddie Robinson at Grambling State University. But, the 1950’s were a time when news of the exploits of Historically Black Colleges and Universities rarely escaped the confines of their own communities. And the Internet was not invented, nor cable television, nor exclusive sports networks in radio and television that we take for granted today.

UMES achievements on the gridiron included six (6) undefeated seasons, four (4) of which were perfect seasons in 1949, 1950, 1952, and 1955. When Coach McCain came to Maryland State College (MSC) in 1948, he was to serve as the head football coach, head basketball coach and the athletic director. It became apparent that this man could build winners no matter what the sport. While concentrating on his football duties, he directed the basketball team to a record of 76 wins and 11 losses from 1948 to 1952.

In 2006, Coach McCain finally got his due when he was inducted in the College Football Hall of Fame in South Bend, Indiana. Coach McCain touched the lives of hundreds of young men to whom he will always be remembered simply as “Coach.” 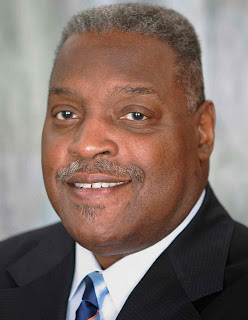 As a result, during the period from 1946 to 1970, over twenty-four (24) UMES student-athletes went on to pursue professional careers in the National Football League. In addition, several others went on to successful careers in the Continental and Canadian Football Leagues. The most notable of these athletes is Art Shell, eight (8) time Pro-Bowl player, NFL Hall of Fame Player, and the first African American head coach of the modern era of professional football with the Los Angeles Raiders (now the Oakland Raiders).