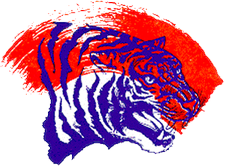 Mapp Ivey isn’t one to say ‘I told you so.’ But the Social Circle High School coach knew he was dealing with a special athlete nine year’s ago as a first-year elementary school physical education teacher. Sitting in the audience at the end-of-the-year award’s ceremony at Social Circle Elementary School, Ivey watched as young Asia Stinson was given the “PE Award” for being the best among his students. Two weeks ago, Ivey was again sitting among the crowd, this time at Hugh Mills Stadium in Albany as Stinson was crowned one of the best athletes in the state (Georgia).

The Lady Redskins senior won gold medals in two events and finished fourth in a third at the Georgia High School Association Girls Track and Field meet. When the dust settled, she was the top individual scorer with 24 points, almost single-handedly leading her team to an eighth-place overall finish. “She’s a special person,” said Ivey, who also coached Stinson on the school’s basketball team the past two years. “I told her parents a while back that track would be her ticket out of here.” Right again. A week before her heroics, Stinson received a track scholarship from Savannah State University (Division I, Mid-Eastern Athletic Conference).

At a diminutive 5-foot, 105 pounds, Stinson’s physical presence hardly strikes fear in an opponent. But when the basketball is tossed or the starting gun sounds, she’s often head-and-shoulders above her competition. As the starting point guard this past winter, she helped guide the Lady Redskins to the second round of the state tournament. She averaged five points, four assists, two steals and two rebounds and was named the team’s “Most Improved Player” at season’s end. But for the past four years, she’s been the most valuable player on the track team, qualifying for the state meet every spring.