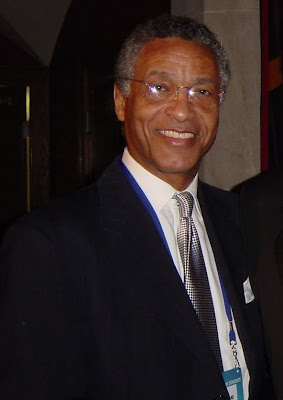 Standout players from the 105 Historically Black Colleges and Universities (HBCUs) throughout the U.S. are being invited to attend the first annual HBCU & Small College Pro Combine, May 21 through 23, 2010, at North Carolina A&T State University.

“The talent level at HBCU’s is stellar. Yet, the selection of only one player in this year’s NFL draft proves there is greater potential that is being overlooked. By hosting an HBCU Combine, our goal is to bring increased recognition to HBCU football programs and amplify the number of HBCU players on NFL rosters,” states Washington.

As an undergraduate at Stanford, Gene Washington was one of 25 black students out of 10,000 students. He attended Stanford because of its concerted efforts to integrate minority students into the college community. During his NFL career with the 49ers and the Lions, he made four consecutive Pro Bowl appearances from 1969-1972. He was Director of NFL Football Operations from 1994-2009.

Florida A&M University standout quarterback (#11) and Kentucky transfer Curtis Pulley (6-4/200) had an excellent college career, but went undrafted and unsigned by the NFL in April. Pulley was 2004 Mr. Kentucky Football and passed for over 3200 yards, rushed for 1768, and scored 29 touchdowns in two seasons as a Rattler.

HBCU players are proven fruitful players for the National Football League. Great players like Walter Payton, Jerry Rice, Michael Strahan, Aeneas William and Shannon Sharpe have all come out of HBCUs. While achievements made by HBCU college players were recently acknowledged with the opening of the Black College Football Hall of Fame this past February in Atlanta, Georgia, the HBCU & Small College Pro Combine is creating one more avenue for recognition of players representing historically black colleges.

“Few NFL players come from a historically black college. HBCU players bring an elevated level of pride to the league, knowing that they represent a select group. We wanted to give them a special venue to showcase their talent for NFL coaches and scouts, says Mark Bloomquist, Washington’s business partner and co-founder of the HBCU NFL COMBINE. 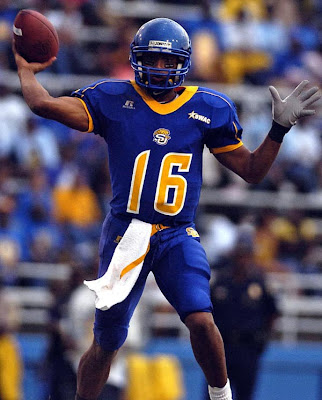 Southern University's quarterback Bryant Lee (6-3/205) was passed over in the 2010 NFL draft and free agent signings. The All-SWAC/All-American senior passed for 8,134 yards and 70 touchdowns in a stellar four year Jaguar career.
Mark Bloomquist is the President for The Milestone Team and is a graduate of the U.S. Naval Academy, Class of 1975. Following his naval service, Mr. Bloomquist established himself in the community as a very successful businessman, entrepreneur, and leader. As a former professor at North Carolina Agricultural and Technical State University, he is very familiar with the university system in general and HBCUs in particular.

Event Schedule
•Host hotel will be the downtown Marriott
•All Activities will take place on the North Carolina A&T State University campus. Transportation will be provided. 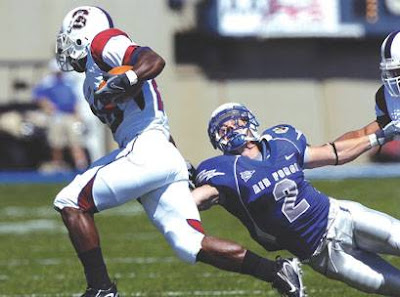 South Carolina State University All-MEAC/All-American running back William Ford scored 35 touchdowns and rushed for 4,676 yards in 764 attempts during a record setting career for the Bulldogs. Ford owns the MEAC rushing record and three 1,000+ yard seasons, but suffered a torn lateral collateral ligament against Appalachian State in the 2009 NCAA FCS Division I Playoffs. Ford went undrafted and unsigned although he was the best running back in the FCS over the past four years.

•Each school will only be allowed to send 2 Graduating Seniors (verified); selected by Head Coach.
•Each attendee will be issued a t-shirt
•Each participant will provide own transportation to and from Greensboro, NC
•Liability waivers will be signed and filed. No spectators will be permitted
•Milestone Marketing Company will provide all meals and water