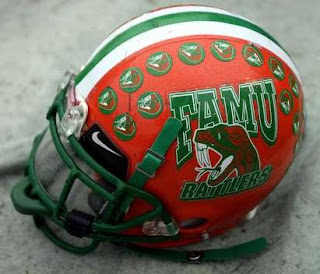 TALLAHASSEE, Florida  -- The search for a new head football coach at Florida A&M is down to four candidates, including two that were players at FAMU.

The four names have been submitted to interim president Larry Robinson, and each of them will be asked to make plans to be on campus during the first week of January, Horne said. Twenty-three candidates applied for the position, which became vacant when Joe Taylor retired from coaching college football in early November.

Former FAMU coach Rubin Carter, who was fired and replaced by Taylor in 2008, was one of the candidates. His former assistant Charles Huff also applied, but neither is believed to have made the final cut.

In addition to Holmes, who played at FAMU during the 1990s, and Eason, who was a Rattler during the 1960s, two other former Rattlers applied. They are Ja’Juan Seider and Terry Beauford. Willie Simmons, a former player at Shanks High School who is now offensive coordinator at Alcorn State, also was among the applicants.