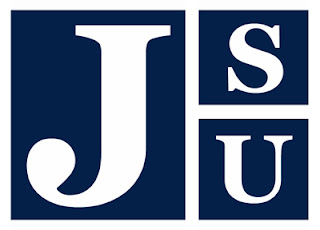 SEATTLE, Washington  --  Kelsey Howard scored 32 points and Dundrecous Nelson added 23 points to help Jackson State to its first win of the season, a 91-82 victory on the road at KeyArena against Seattle Monday.


The hot shooting helped Jackson State overcome a 37-35 halftime deficit to the Redhawks (3-5).

Raymond Gregory's layup tied the game 41-all two minutes into the second half. The Tigers took the lead for good, 46-44, when Sydney Coleman banked it in off the glass.


Seattle, led by Sterling Carter's 20 points and 11 points each from Chad Rasmussen and Luiz Bidart, cut their deficit to one point several times, the last being 67-66 with 7:46 to play on a three-pointer from Carter.
READ MORE


SEATTLE, Washington  --  There were plenty of head-shaking stats from Seattle University's men's basketball loss to previous winless Jackson State on Monday.
One jumped off the page: 28 Seattle turnovers.

The giveaways were a season worst for the Redhawks, who were trying to rebound from a disappointing loss to Washington last week. Instead, they trailed the final 17 minutes of a 91-82 defeat before a season-low crowd of 1,907 at KeyArena.

In a woeful second half, Seattle made only 5 of 12 free throws, including five straight misses.

"The wheels fell off, and we never able to get it back going," said Redhawks coach Cameron Dollar, whose team has lost four of its last five.

"We had a couple times where we looked like we were going to be able to get back in it and get something going, but then they hit a big three or got a big free throw. We just couldn't plug enough holes to get it done."