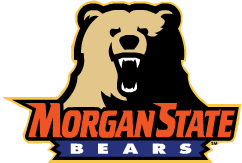 SAN DIEGO, California  --  The USD Toreros earned a 66-63 home win over Morgan State to close out their nonconference slate with a much needed victory heading into WCC play next week. Johnny Dee scored a game-high 24 points, Chris Manresa notched his second consecutive double-double with 10 points and career-high 13 rebounds, and Cameron Miles gave the team a huge spark with a season-high 12 points. Miles' play was huge with sophomore guard Christopher Anderson sitting out his first collegiate game with a bout with the flu.

"Going into the game without Chris (Anderson), certainly I was concerned on how our team would respond without him," said head coach Bill Grier. "I can't tell you how proud I am of Cameron Miles. He gave us such great minutes to go with 12 points, five rebounds, and four assists with just one turnover. We really needed that. And him being a senior leader, I think he really relished in the moment."

Morgan State (3-7) held the early lead against the Toreros (7-8) until Dee connected on his third basket of the game and second three-pointer for a 10-8 edge at the 13:13 mark. The Bears inched ahead by four at 14-10, but USD rallied back right away and eventually knot it up at 27-all on a free throw by Simi Fajemisin. A Dee trey and Miles old fashion three-point play gave the Toreros a 33-27 intermission lead.

In the second half it was again Miles who hit a jumper with 16:39 to go that put the Toreros ahead 41-34. USD would not relinquish their lead the rest of the way, however, twice the Bears pulled to within one point, the last time coming with eight seconds left on a three-pointer by DeWayne Jackson.

Morgan State immediately fouled Dee who cashed in on back-to-back charities for the second time in a span of five seconds for the 66-63 lead. Justin Black's long 3-point attempt glanced off the rim at the buzzer.

Manresa matched his point and rebound totals (10 points, 13 rebounds) for the second straight game. It marked the 12th time in Dee's two-year career that he reached 22 or more points. Morgan State was paced by Black (16 points) and forward Anthony Hubbard (12 points).

USD returns after the New Year to host the Portland Pilots in both teams West Coast Conference opener. The game is scheduled for Thursday, January 3rd, at 8:00 pm.